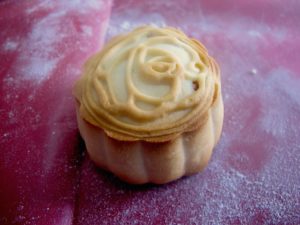 No one likes mooncakes. This is a simple fact of life in China. Every year I am gifted several boxes by employers and business associates (jk, I don’t have those). Every year, I re-gift them to my ayi and my mechanic. Every year, I get the distinct feeling that they are going to pass them on to distant relatives. It is the cycle of the mooncake. I am quite certain that—in the history of mooncakes—no one has ever eaten one, ever. In the past week, I have been told by every Chinese person I know that the only mooncakes they eat are made of ice cream and come from Häagen-Dazs for a hefty fee of about 758 rmb for a set of eight.

Mooncakes are the Chinese equivalent of oil burners. No one actually uses them but everyone has one because, for some inexplicable reason, they are the go-to gift for someone who doesn’t know what else to buy for a person they hardly know who invited them to a Christmas party and told them to bring a Secret Santa present. But in China, in September, every single person is your Secret Santa and you are expected to reciprocate with yet another fucking oil burner.

This year, I’m here to help. I’m here to show you how to make mooncakes that people will actually want to eat, and then after they eat them, they will shower you with much needed compliments and tell all of their friends that foreigners can also make mooncakes.

This is what you need. These portions will make 4 largish mooncakes. If you want, do some math and double or quadruple the measurements for more noms. 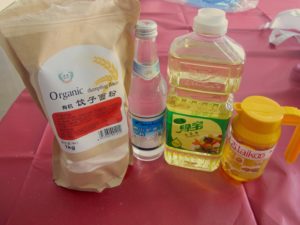 The method gets you dough that’s the easiest dough ever — no kneading or rising or any of that drama. Just 4 ingredients and you are good to go: plain flour (jiaozifen comes close enough), golden syrup, oil, and alkaline water (alkaline is important for science-y reasons which I can’t explain).

First you mix the liquids together, and then add the flour slowly until it forms a nice ball of dough. Roll it into little balls of about 45 grams.

45 grams, give or take — this depend on the size of your mooncake press. You can buy mooncake moulds/presses at Wal-Mart or Carrefour or online via Taobao.

For the filling, here is where you can get creative. Anything goes, do not be limited by such tedious things as your imagination. Google that shit! Lychee-tini mooncake anyone? Howsabout Bailey’s Truffle?

I made apple pie mooncakes by chopping up apples and boiling them in water with brown sugar, raisins, and cinnamon.

So once you have your little 45 gram balls of dough, flatten them out and put a spoon full of filling in the middle then fold it all up, making sure all bits are sealed in.

Stuff it into your mooncake mould and gently push it in before turning it down onto the table and slowly, pushing it out. 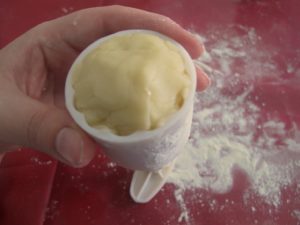 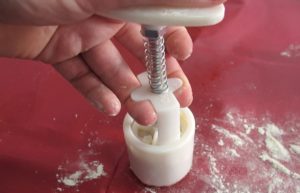 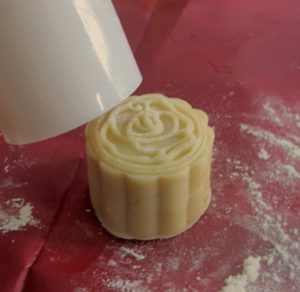 Bake them in a toaster oven for about 10 minutes on 180 degrees Celsius. Just bake them till they are lightly golden; any longer and they get hard as wee rocks.

You can brush them with an egg wash if you want to get that shiny Chinese look, but I like them just the way they are, like a cookie filled with rainbows. 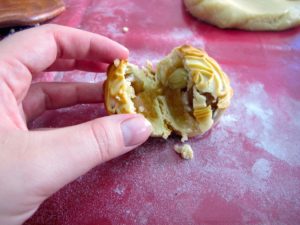 Serve them with some vanilla ice cream while still warm. You will never buy crappy, supermarket mooncakes again! You’re welcome!

This article was originally written, by me, for Smart Beijing. Sadly their website is no longer operational. The cache page still exists here.